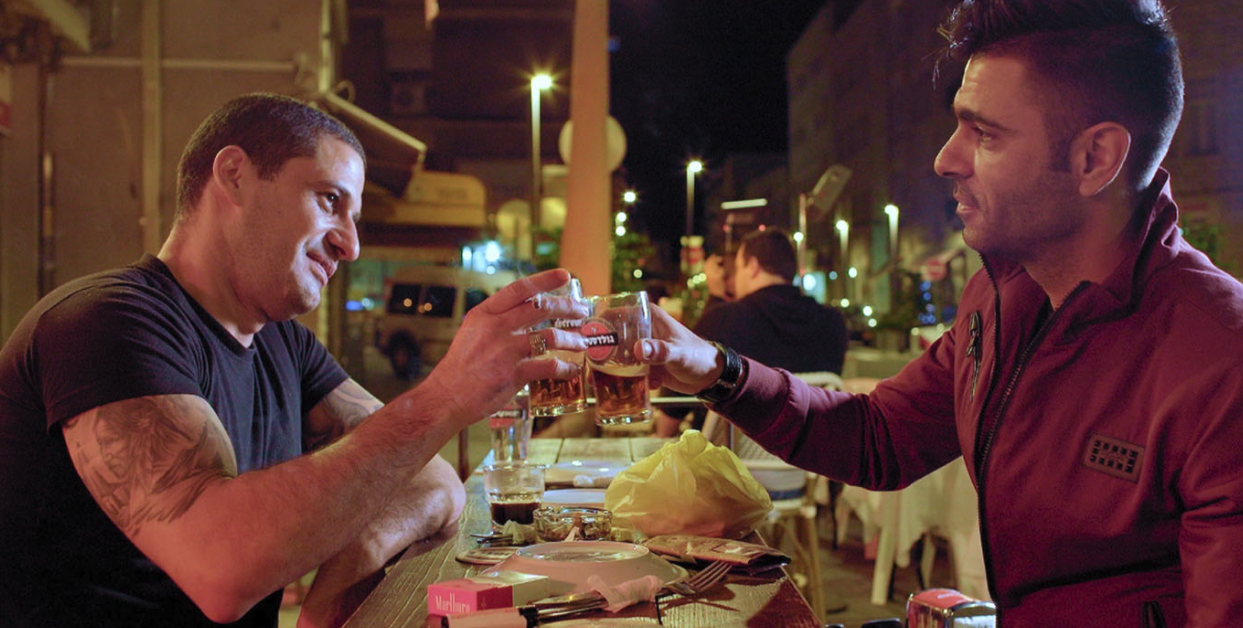 “Food may not be the answer to world peace, but it’s a start.”

Breaking Bread, Building Bridges tells the story of Dr. Nof Atamna-Ismaeel’s culinary attempt at peacemaking. The first Arab to win the Israeli reality show, MasterChef, in 2014, Nof sees her position of living amongst several worlds — Palestinian, Israeli, and abroad — as uniquely privileged to be an agent of good will, peace, and positive social change. Harking from “The Triangle,” a region west of the Green Line in Israel inhabited predominantly by Arabs, Nof is Muslim, Arab, Israeli, Palestinian, a microbiologist, woman, wife, mother, and chef.  She speaks Arabic, Hebrew, and English fluently, and as evidenced by her groundbreaking win in 2014, is a gifted chef.

Comparing a plateful of vibrant, nutrient-dense food to people, Nof says that variety enhances, offsets, and “pops” the other, increases complementary understanding and perspective-taking. Variety, she says, enhances humanity. Wise words from another philosopher concerned with peace and understanding come to mind. “Humanity begins around a table,” goes the quote attributed to Hannah Arendt (likely from her 1958 book, The Human Condition).  Arendt’s work is seeing a revival at this time of war in Ukraine, and these remarks seem especially relevant in connecting conflicts across the world. Part and parcel to conflict anywhere is food (in)security, which renders this documentary oddly comforting.

Since 2015, Nof has orchestrated a one-of-kind food festival in Haifa, Israel that takes place over three days in December and embraces all the holidays of the season. Haifa, according to Mayor Yona Yahav (2003–2018), is the one place on the planet where there’s been full peace between Arabs and Jews for more than 100 years.

The way the “A-Sham” (Arabic for “The Levant”) Festival works is that Nof pairs an Arab chef with an Israeli chef, and assigns them with resurrecting an ancient Arabic dish. The chefs meet for the first time, work together on the research and in the kitchen to reproduce the recipe that’d been assumed extinct.

Screening a mesmerizing mélange of beautiful food, music, people, colors, and cityscapes, the film also documents some of the many chefs who give their reasons for getting involved with A-Sham. We first meet the Marlboro-smoking, buff and tattooed, Shlomi, 3rd generation Ashkenazi Jew who’s carrying on his grandfather’s restaurant. He relays a story that’s all too timely in which he was approached by Russian oligarchs who offered to finance and replicate his restaurant in posh cities across the globe. Rather than seize on potential wealth, Shlomi was insulted. “We are only in Haifa!” For the festival he’s matched with mohawk-sporting hipster chef, Ali, and together they fulfill their assignment in reviving an age-old Syrian recipe for which Ali’s grandmother provided necessary background.

As part of the festival’s “Hummus Project,” we’re introduced to Jewish, Shoshi, and Arab, Fadi, a long-married couple who runs a hummus café in Haifa. The parents of five children, they insist that strength and beauty come from diversity, and that evolution happens through people — in homes, cafés, markets, even over hummus — rather than through politicians.

Among some of the other chefs on screen are Tomer of Moroccan origins who speaks of the multilayers of food, flavors, ethnicities, and languages that connect people. “Crossing borders in the kitchen,” Tomer who works with Salah from Jaffa, relates that “we speak in Arabic, laugh in Hebrew, curse in Romanian, get upset in Moroccan, and make and solve problems around food.” 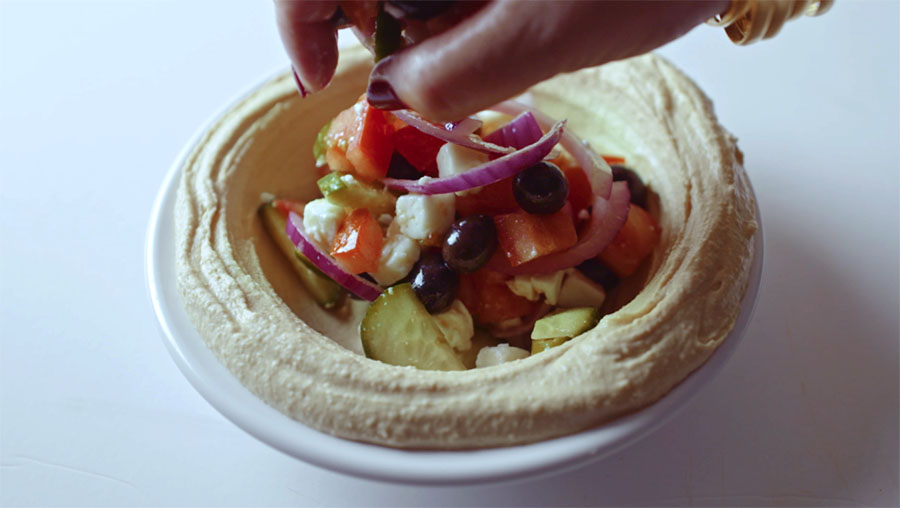 A hummus dish, still from the documentary by Beth Elise Hawk.

Osama from Akko, a chef in Tel Aviv specializing in seafood, points to the intimacy of the city — mosques next to churches neighboring synagogues. His festival chef-collaborator, Ilan from Haifa who is of French, Italian, Arab, Jewish, Christian, Muslim heritage, asserts that “if Israel and the Arab states could set egos and religion aside, the entire region would rival that of the EU and US. Instead, we keep going backwards into demagoguery, history, borders and land rights, armies, laws — things that prevent us from progressing…. When Osama and I are together, we’re going to create a new reality on the plate. No one here gives a fuck if he’s Arab or Muslim, or if I’m Christian and Jew.”

Argues Nof, “The further we stay from others, the more uninformed we are, and mis- and dis-information proliferates.” To her point, she describes her efforts to garner media coverage for A‑Sham Festival, and how each year, coverage is scant. “Negative news makes headlines here and sadly, when so much negativity is hyped, the public starts to believe it.” Nof suspects that politicians are behind the negative hype, propaganda, awful stereotyping, and rumor mills, because, in her experience, the majority of people prefers peaceful coexistence. Still, as much as she’s committed to her mission to instigate positive social change through food, she’s not naïve. Her efforts to come up with an apolitical name for the festival (referring to the food as Levantine, rather than by nation-state), she acknowledges the complications of identity politics. Rhetorically, she asks how to most politically-correctly order a dish in a café that’s known as both Arabic and Israeli. That said, hummus, she insists, has no borders.

For anyone needing an infusion of hope, Breaking Bread, Building Bridges, delivers.  Viewing information can be found here.