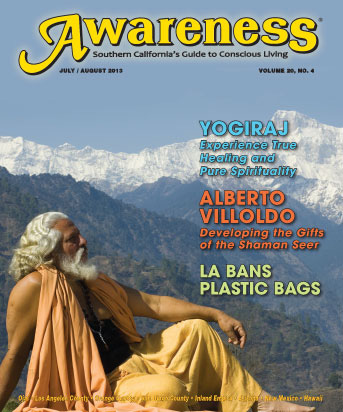 Though diabetes is exploding worldwide, the tribes of the American Southwest take the lead. The ravages of diabetes in the U.S. Native American population are harder hitting than in any other ethnic group in the country. Nonexistent four and five generations ago, half of their adult population now suffers with the disease. Prevailing conventional medicine would have us believe that this is due to genetics. However, a sober study of the situation reveals it is not a problem with heredity, but with history.

There is a strong parallel between the development of diabetes and the years of environmental alterations in the U.S. Southwest. Warne explains that between the 1920s and ‘30s, prior to the damming of Arizona’s rivers (to divert water into Caucasian communities), diabetes was unheard of.

Originally a hunter-gatherer society, the tribes of the Southwest lived on foods high in fiber, low in fat, and low on the glycemic index (the measure of foods’ effects on blood sugar levels). But with the construction of the famed Hoover Dam, along with Arizona’s twenty-some other dams, tribal hunter-gather-farming economies — along with the traditional diet and home life — were effectively halted.

Without fertile riverbeds or freedom to roam, Native American communities were thrust into poverty, commencing a cycle of forced dependency on U.S. governmental assistance. Government treaties penned such promises as access to land (usually in the form of reservations), quality food, clean water, and health care for the tribes. In reality, those promises were largely unfulfilled.

Surplus commodities like white flour, lard, refined sugars, and processed foods replaced the traditional whole-foods diet. Not only were these provisions alien to Native Americans, but they were rationed, based on a contrived system of merit. Consequently, these changes contributed to manufacture of a disease previously unknown to tribal people.

Navajo Tribal community cultural leader, Benjamin Hale, points out, “What was once a true nuclear family — with men hunting, women gathering, both farming, and grandparents caring for the children during the workday — was reduced to a broken home. This was the birth of Welfare and Temporary Assistance for Needy Families (TANF), the scheme of things today. But education is the change agent and the way out of this cycle.”

This situation is not unique to Arizona as Deborah Sanchez, a Barbareño Chumash Tribal Council Co-chair, Director of Wishtoyo Foundation, board member of the Chumash Women’s Elder Council, and Los Angeles Superior Court Judge, has stated.

“There is a larger context for the health crisis. Primarily along the southern and central coasts of what is now California, there are no reservations. We have no land base to practice our ceremonies or culture. Historical events brought our people to near extinction, and we now live scattered along the coastal communities of Los Angeles, Orange, Ventura, Santa Barbara and San Luis Obispo counties.

Many residual aspects of history influence our health — namely, lack of access to native homelands and natural resources, commodified and polluted resources, and political designations that affect our rights to benefits and services.”

That said, Collins emphasizes that healing the physical body through dietary improvements is only part of the equation. Freedom to experience a connection to Mother Earth, practice cultural and spiritual traditions, and live on ancestral land is critical to the healing of individuals, communities, and the cycle of acculturation. To that end, Collins and the Northern Chumash operate a teaching farm with cutting-edge technology in organic vertical farming, in addition to work that includes community and political outreach, conservation, and land and heritage preservation.

Benjamin Hale maintains that diabetes and other illnesses are symptomatic of a deeper problem. Explaining, “Environmental changes that adversely affected tribal societies also disconnected people from the land and water, which was as much a source of spiritual and cultural sustenance as physical. There is no way to return to the days before change, so we must do what we can here and now.

Instead of reacting to the problem and becoming reliant upon doctors and pharmaceuticals, we can become educated. Modern medicine definitely has its role; ideally, it would be used in conjunction with traditional healing practices — though ultimately, wellness comes from within, from a balanced body, mind, and spirit.”

Hale continues, “Our model of education is based on ‘our people healing our people.’  We utilize experts from Native American communities to teach community members to avoid the ills of packaged, processed foods, refined sugars and chemical additives. For example, we teach how to shop in supermarkets by selecting foods only from the outer aisles.

Our cultural traditions, spiritual beliefs and practices must also be taught because to embody the culture is to prevent future generations from going down an unhealthy path. Health starts at home; so we teach our children to create positive daily habits in ways that tap their natural interests and through our cultural activities.”

The Diabetes Recovery Program, developed by Gabriel Cousens M.D., dispels the myth that diabetes is an incurable life sentence. From his clinic in Patagonia, Arizona, Dr. Cousens, together with local tribal chiefs, report continual effectiveness in reversing diabetes in Native Americans, as well as people of other ethnic groups. Through the program (founded on an indigenous whole-foods diet free of processed foods and sugars), on average, people are able to heal within a period of a few months.

The success of this program and similar others, such as Seva Foundation’s Native American Health Program in Berkeley, California, also refute western medicine’s concept of genetic predisposition. Cousens asserts that even if an individual has a genetic propensity for diabetes, the expression of it will not occur so long as that individual keeps to a natural, whole-foods lifestyle.

Furthermore, reiterating the wisdom of Benjamin Hale and Fred Collins, both Cousens’ and Seva’s programs are comprehensive, not limited to the physical body. Says Hale, “Native Americans have long known what modern medicine is only beginning to grasp — that the human being is multi-dimensional.”

The governmental-AMA-FDA-pharmaceutical industrial complex often allocates resources to suit the desires of policymakers rather than the well-being of their constituents. Millions of dollars will likely continue to be spent on Native American diabetes genetics research to propagate a campaign that implicates Native American DNA as the source of the problem; whereas a mere fraction of that funding could be spent to employ teachers of nutrition and physical education in the diabetes-stricken communities.

Extending beyond spheres of public health and genetics research, at its core, Native American diabetes is a matter of social justice and economics, and is a 911 call for the return to traditional ways and spiritual healing.