Looking back at the 13th Annual Arpa International Film Festival 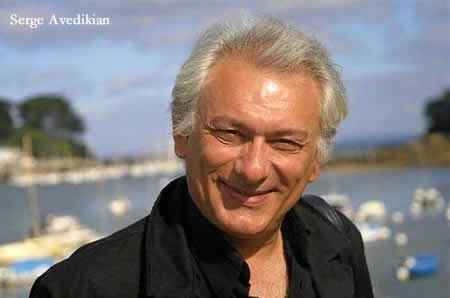 The annual Arpa International Film and Music Festival returned to Los Angeles in its 13th year with 50 films from 30 different countries. The festival’s namesake, Arpa, is the river that flows through Armenia and the Nakhchivan Autonomous Republic. To the Armenian people, the Arpa River is known for its great beauty and as a symbol of life’s creative, rejuvenating forces. Similarly, the mission of this festival is to foster creativity, cross-cultural understanding and revive compassion globally; as well as to showcase cinema that explores issues of Diaspora, exile, multiculturalism, independent thought, and social justice. Although the festival was born of Armenian parentage and heritage, a multitude of artists from nations possessing similar vision are featured each year.

September 23, 2010 was just such an example of that shared vision, as the night’s events were presented in partnership with Francophone Fest Cinema and the Los Angeles Francophone Chamber of Commerce. The night’s celebrations were in honor of Serge Avedikian (Armenian-French film and theatre actor, director, writer, producer with more than 50 films to his credit, and winner of the prestigious Cannes Film Festival’s Palm d’Or short film prize for his 2010 film, Chienne D’Histoire). Alek Keshishian presented Avedikian with the Arpa International Film Festival Career Achievement Award at Hollywood’s landmark Egyptian Theatre. Avedikian’s classic short film, Mission Accomplie (1992) was shown followed by his 2010 short, Chienne D’Histoire.

During his gracious award acceptance speech, Avedikian reflected on his artistic journey. For him, film is a medium in which he can be the passerby in life— witnessing, fragmenting, analyzing, and questioning humanity and himself on the deepest levels. Making films allows him to put himself in another place, and to create dialogue. And this, he said, can be done as much for real life aims as for the sake of art. Cinema, theatre and music, he asserted, are tools used to create new territories within ourselves. The arts help us to feel more, to see the world differently, and to remind humans that we have dimensions extending beyond the individual self. Cinema, he concluded, is a young and mysterious art with far-reaching possibilities. It becomes a witness to its time, and has the power to transmit knowledge and share love.

Referencing cinema’s multifaceted utility of which he spoke, Avedikian outdoes himself in the gripping Chienne D’Histoire (Barking Island). Based on historical accounts, the stage is set in 1910 Constantinople where the newly governing Young Turks (also known, ironically, as the Committee of Union and Progress) are formulating plans and programs for the Turkish nation. The stray dogs rampant in the streets of Constantinople were deemed problematic, and therefore were an immediate agenda point for the Young Turks. And so it came to pass that in a move for improved urban sanitation, dogs by the tens of thousands were rounded up and deported to Oxia, an uninhabited, rugged island in the Sea of Marmora.

Abandoned to the winds of a hopeless fate, it was those winds that howled with canine despair, delivering exiled cries back across the Marmora and onto Turkish shores. Reportedly, deplorable barking pervaded Constantinople for the months that followed the round-up; hence, Avedikian’s choice in the moniker “Barking Island.”

Portrayed through paintings and animation on 35 mm film, the story is brought vividly—disturbingly— to life. We traverse the old streets and alleyways of former Istanbul through the perspective of the dogs; at times in quiet repose as a mother with her pups, other times in aggressive roving packs scrounging for any scrap of food, and then in terror while being trapped for disposal by the Young Turks’ gendarmes. Shifting us in and out of human context, we become the people on the streets, in the bazaar, and in legislative conventions with European officials to predict the grim future for Constantinople’s dogs.

This film contains no dialogue, but is far from silent. Rather, the gestures and facial expressions of the characters, and sounds in each scene convey everything. Though this is the story of the dogs of Constantinople in 1910, I would submit that it eerily portended an even more horrific exile that would take place just a few short years later— that of the Armenian people. I was unable to watch Chienne D’Histoire without connecting the Ottoman Empire’s sweeping deportation and extermination of dogs with that of the Armenians in 1915.

Fundamentally, Chienne D’Histoire relays a tale of an official policy enacted to systematically destroy one group, purportedly, for the betterment of another.
Adding to the power of this film, Chienne D’Histoire stirs complex emotion and provokes critical thought, but ultimately leaves moral judgement up to the viewer.

This article first appeared on Cinema Without Borders