Racialization and the US Census in Trump Era 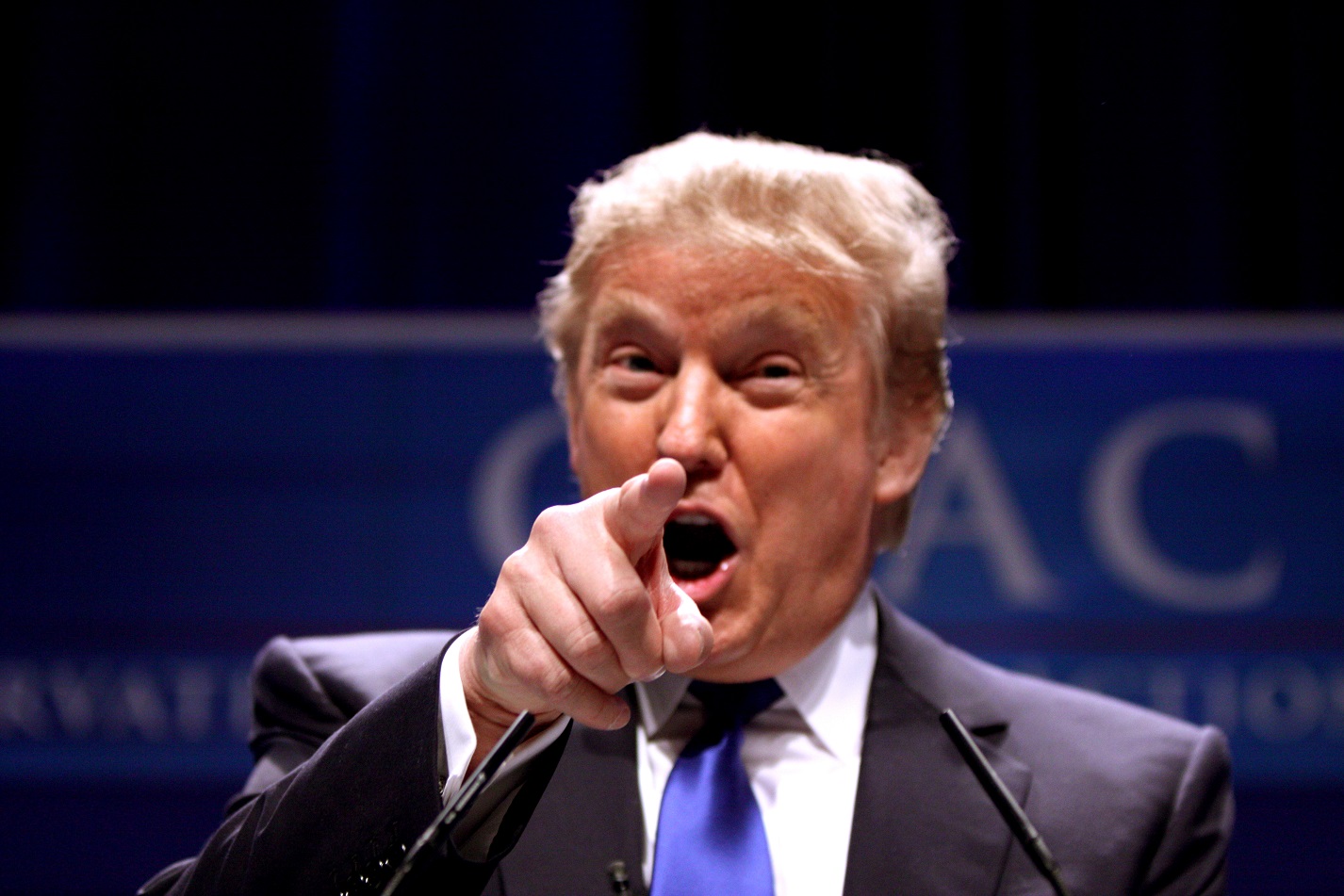 Despite broad consensus that previously long-held beliefs about race that emerged from social, economic and political agendas rather than anthropological, historical or biological facts, and despite forward strides made in the American civil rights and South African anti-apartheid movements, race is still used as an instrument to divide and subjugate. Ideologies and policies are continually concocted around race to justify institutionalized patterns of division.

That race has been a dubious tool for classifying humans is nothing new. We live in a world where things like skin tone and facial features are used to profile, systematize, structure and socialize groups of people. Whether a means for colonization, segregation or social control, opinions on race have decided nearly a worldwide hierarchy of privilege. This is not new information either; and yet in this day of mass migration and immigration and bans and deportations, it’s relevant. Qualifications of race (or racialization) are based upon the interactions of a dominant group with a subordinate group, and upon particular characteristics ascribed as identity markers to the subordinate by the dominant.

In the 2016 article, “Taking race out of human genetics,” by Michael Yuddell, Dorothy Roberts, Rob DeSalle, and Sarah Tishkoff, the authors summarize their conclusion by stating, “We believe the use of biological concepts of race in human genetic research — so disputed and so mired in confusion — is problematic at best and harmful at worst.”

Humankind is but one race, albeit with genetic diversity — that happens as much within populations as among them, and may be more a distinction of ancestry and geography than biology. The UN Declaration on Race and Racial Prejudice affirms in its first article that “all human beings belong to a single species … descend from a common stock … are born equal in dignity and rights, and all form an integral part of humanity.”

Humans, nevertheless, are also born into social structures that are biased by race (and gender, religion, etc.), thusly instilling the fallacy that these structures are normal, even natural, or divinely ordered. In this abnormal system, the term “race,” used as a categorizing device, is pejorative and divisive.

Racialization, which has the potential to swing into racism, is a faulty lens for viewing others, often feeding into xenophobic and colonial mindsets. A function of colonialism and nationalism, racialization ascribes further traits to groups of people that include social and cultural practices. Labor, language and religion are notoriously racialized too. Moreover, racialization can create an air of suspicion, sometimes to a criminalizing end. This could be no more obvious than in this era of war and conflict, immigration and migration.

Exemplifying this point is a video by David Michael Lynch, or “DML” as he calls himself, circulating the internet under the title, “Dearborn, Michigan 2016.” Spotlighting the Arab-speaking, mostly Muslim communities of Dearborn, the premise is that these communities are filled with radicals, not mixing in with other Americans, overtaking American businesses and profiting while also cashing in on state and federal welfare benefits. DML is a self-professed “award-winning entrepreneur, public speaker, acclaimed filmmaker, conservative TV reporter, and host of Webcast, ‘The DML Daily Report’.” While DML’s site claims not to target any specific race, ethnicity or religion, his log of videos may suggest the contrary. DML, especially in the era of Trump, is not alone in designating, then denigrating an “other.”

To note, Dearborn, Michigan is sister city to Qana, Lebanon, and has welcomed people from the Arab-speaking world since the early ’70s. The first waves of immigrants were mostly Christians; and then the early 2000s brought more Muslims. Sister Cities, created in 1956 by the Eisenhower administration, is an international network meant to foster citizen diplomacy, peace and prosperity among communities around the world. Its philosophy reasons that when different cultures come together, appreciation, understanding and friendships are formed, thusly reducing conflict. To this end, Dearborn has been at the forefront of merging cultures into cooperative community, and on more than one occasion Mayor Jack O’Reilly has defended his city.

The era of Trump appears to be normalizing racism and race-baiting. Videos like DML’s and public rhetoric, like that from Republican Iowa Representative Steve King, even when called out as “controversial,” are insidious; each sound bite further contributes to the polarization of peoples and ideologies because it problemitizes an “other.”

A February 2017 New York Times editorial asks, Where could the demonizing and dehumanizing of the foreign born lead but to a whiter America? Indeed, keeping certain foreigners out preserves an idealized, if unrealistic, homogenous identity. Somewhere in this position is lost the fact that conflict and globalization are key processes that drive the mixing of cultures, and that the US is a pivotal player in both war and trade.

It’s no surprise then that the US Census Bureau’s race categories change from decade to decade, reflecting the sociopolitical atmosphere and agendas of the day. For example, Native Americans have been categorized as “American Indian” with later variants like, “Eskimo” and “Native Alaskans.” Similarly, African Americans and persons of Latin American heritage have been named according to the decade’s prevailing political climate.

The US Immigration Act of 1924, fueled by the Red Scare (1919-1924) and the fear that foreign radicals would impede Protestant-American values via worker revolutions, reduced quotas on certain nationals, like Italians, Greeks, Armenians and Palestinians. In addition to typically having darker skin tones and distinctive facial features, these immigrants came with their Catholicism and Eastern Orthodox Christianity, and purported ties to the Mafia, an earlier brand of radicalism and foreign-born terrorism.

More recently, the US Census Bureau stated in a 2013 report that “race and ethnicity are not quantifiable values, [but that race] identity is a complex mix of one’s family and social environment, historical or sociopolitical constructs, personal experience, context, and many other immeasurable factors.” In December 2016, the White House proposed adding a new racial category to the 2020 census for people from the Middle East and North Africa (MENA) who’ve, until this point, have been classified as “white.”

Tara Bahrampour wrote last year in The Washington Post of how the new census classification comes at a time of rising Islamaphobia, and subsequent to her article, of US bans against select Muslim-majority nations. A question hence looms: Will those who identify themselves as MENA set themselves up to be profiled and surveilled? The same question can be asked for those who identify as Hispanic, Latino or Chicano, especially in this season of heightened Immigration and Customs Enforcement (ICE) raids, detention, and deportations.

Project Race, a US organization that advocates for equality and inclusion of multiracial people on forms requiring racial identifiers, sees inaccurate census counting as a potential diminishment of political power, health care, education and infrastructure in certain communities. Still, in a racialized climate, an accurate count could present a double-edged sword. It remains to be seen as to whether truthful identification might also be incriminating.

Articles 13, 14, and 15 of the Universal Declaration of Human Rights (set forth by the UN General Assembly in 1948 as common standards for all of humanity) speak to rights of citizenship, nationality, to movement and change of nationality, and to asylum from persecution. While these are universally agreed upon standards on paper, real life enactment is selective. Civil liberties and solidarity groups have long fought to uphold these standards; but even with such determined efforts, immigration, citizenship and illegality — like race — are social constructs for which policies serve power interests above personal rights.

Just relations among individuals, societies and governments, including equal socioeconomic opportunity, mobility, citizenship, equal access to public services, infrastructure and education will remain a pipe dream as long as mechanisms of power continue to operate within a framework of racialization. An overarching question, particularly during a Trump administration, is whether the next US census will help to equalize systems by asking individuals of MENA and Latin American origins to stand up and be counted, or will it put them at risks greater than they’re experiencing now.

This article was first published on Truthout