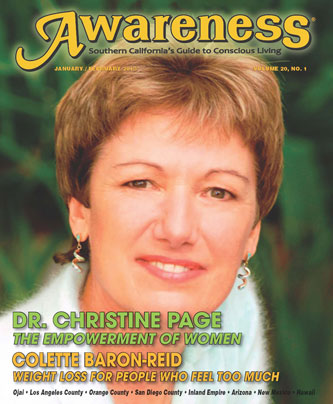 We live on a rhythmic, vibrational planet where everything is energy, vibrating at frequencies that produce sound —  even if imperceptible to the human ear. According to NASA, if humans had antennae instead of ears, we’d be able to hear Mother Earth’s symphonies.

All that exists — from planet Earth to all who live upon it — has a calculable electromagnetic radiation field. The Earth’s frequency, which measures between 7.8 to 13 hertz, is also known as her “heartbeat,” and corresponds to the frequency of the Sanskrit word “Om,” the word “amen,” and the Native American drumbeat.

UCLA Research Psychiatrist, Daniel Dickerson, D.O., M.P.H., explains, “The drumbeat represents the heartbeat of Mother Earth, of the Nations, and of the Native peoples. In that respect, drumming is a natural phenomenon. For example, when little babies are at a pow-wow, men can be singing and drumming five feet away and babies are peacefully sleeping. The drumbeat has a naturally soothing resonance.”

Another example of the well-being induced by resonant sound is found in the teachings of Maharishi Mahesh Yogi who was know to have given each practitioner a specific sound mantram, one that resonated with that person’s unique frequency. As the Maharishi explained to his students — including the Fab Four — the purpose of chanting mantra was to help restore the individual to her or his proper frequency, improving health and expanding consciousness. For thousands of years, Traditional Chinese Medicine has also used “toning” — certain sounds repetitively chanted — to increase chi, or life force, of a particular organ or organism in sum, and to balance yin and yang.

What the indigenous peoples, the ancient practitioners of yoga and Chinese medicine have always known, modern medicine is finally coming to grasp. When an organism is “out of tune,” immunity and well-being are destabilized, exacerbating vulnerabilty to physical, mental, emotional and spiritual health problems.

Just as an instrument can be tuned to correct standards of pitch and tone, similarly an individual can be “tuned” for the restoration of physical, psychological, emotional and spiritual harmony. To find resonance with Om or other mantra, Native American drumming, or other resounding music is to positively change the biological rhythms that will eventually strengthen and balance the immune system and overall sense of wellness.

Dr. Daniel Dickerson is of Native American/Alaska Native heritage and works predominantly with the urban Native American population on issues of addiction. Dickerson conceived a 12-week substance-abuse treatment program that uses Native American drumming activities as a core component. He expands on the  program’s background.

“For Native Americans and Alaska Natives, singing always accompanies drumming, as does the sharing of traditional faith stories that illustrate a purpose or moral within the song and drumming.

Our cultural leaders and elders emphasize that education must be provided alongside drumming so individuals understand its sacred nature. It is crucial to understand the meaning of every practice, song and drumming activity. We’d never just beat a drum for the sake of beating a drum.”

More than an art form and means of self-expression, music and sound can act as a doorway to the healing power innate within everyone. Healing, ultimately an inside job, is at the heart of tried-and-true sound and music technologies offered today.

Raffi Tachdjian, M.D., Allergy, Clinical Immunology and Pediatrics, began a practice in pediatrics including children with life-challenging illnesses. Dr. Tachdjian, a musician himself, delved into the possibility of healing through music after a young cancer patient responded to none of the multiple treatments he was being given.

Realizing the patient’s love of guitar, Tachdjian was determined to see what would happen if he put a guitar into the hands of his young patient — as well as the hands of many of his other patients who were also dealing with severe illness.

Inspired by the positive results, he founded the Children’s Music Fund to continue delivering the healing power of music to children with serious medical conditions and developmental disabilities.

Describing the process of music therapy, Tachdjian says, “It’s interactive. A music therapist goes into a patient’s room or home and gives them either an instrument or engages them in a final product, such as a song or CD. One of my more challenging situations was with a child who cannot use his limbs. We taught him to make clicking sounds with his voice, various intonations and rhythms. In doing so, he became an essential part of production, and was motivated to keep up.

Is that distraction [from pain]?  Sure. And I want to go above and beyond distraction to literally rewire the pain-to-brain signals. For example, if your toe is hurting and you’re getting constant pain messages, as tired as you may get from that pain, you can not just shut it off. You must work on the downward signal.

Either bring that “elevator” back down — the one that’s express shipping the pain up to your “penthouse” (the brain), or block it and use another “elevator shaft.”  What is that other elevator? It’s you making music. It’s like rebooting yourself.

Music therapy aims to reduce pain and anxiety and the need for medication thereof. Active engagement with musical instruments and music making, in some cases, actually prevent the need for pain and anxiety medication. We also hope to shorten hospitalizations, ease the transition from a hospital stay back to home, and facilitate the healing process.”

“We found a trend toward de-creased depression and anxiety. When we interviewed participants, they reported feeling more motivated to stop using drugs and alcohol. Based on a general spirituality questionnaire that’s used in research literature, we found a trend toward enhanced spirituality from participating in the culturally-based drumming activity. Participants reported feeling more spiritually connected.”

In conventional health care — mental or physical — addressing the spirit is often beyond the scope of practice. Thus, instituted treatment of the human being as something more mechanical than alive is the accepted norm. So doctors like Dickerson and Tachdjian are on the forefront of medicine, challenging reductive models and tired standards of practice not simply by calling the human spirit into the equation, but by treating spirit as the entryway and focal point. Each of their programs has garnered significant support based on hypotheses and evidence, demonstrating what music lovers already know — that music truly is therapeutic.